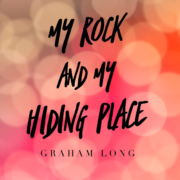 A woman born to older parents was formed in an atmosphere of quiet; an atmosphere where noise was offensive no matter whether it was generated by ten howling cats or a rock band. In such a home, loud speech or boisterous laughter was considered a form of assault at worst and on every occasion, unnecessary. These particular parents were “old school” even in the olden days. They were brought up in a world that has been long forgotten. They were raised by people whose hand-shake was as good as a contract. They were people whose word was more certain than gravity.

The parents lives had not been easy, but those tough times were a private matter. Their hearts were tender and easily hurt, although no-one would have ever guessed. Disappointments were endured with stoicism that would make the ancients proud. They had three daughters, seventeen years apart with many miscarriages and failed births, never marked by public statement but secured in a holy, intimate place. The father was an engineer who served in the Australian Army in New Guinea in the war. He was a man who could apply himself to any mechanical problem and make things work, in his own way. The mother was always on the job making life possible and comfortable in any circumstance. They were people of faith. They read the bible in the shower. They found community in their church. They encountered injustice believing in a higher judge. They were fair and honest in every matter, especially in small matters. They were people you could trust with your life or with one dollar.