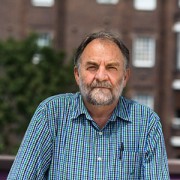 Walking in our front door and heading in for choir practice, a young woman struck up a conversation with a homeless person. It was an interesting, easy flowing exchange that ended when the man said, “I’m not really homeless, I’m just outdoorsy”.

At the door this morning a young fellow stopped me to announce that he had a new girlfriend. “I’m happy for you” I said. He told me that his secret was that he’d told the young woman that he was me! He said she was chuffed to be keeping company with Rev Graham Long, Pastor and CEO of The Wayside Chapel. “Gosh” I said, “So you’re not planning for this to be a long term relationship then?” This poor young bloke is very unwell and didn’t understand how I could foresee a problem. “Well” I said, “She might find out you’re lying to her and I doubt that she’ll take it well, or, she might meet me and see that you’re impersonating a poor old burnt-out has been.” I went on to ask the fellow why he wasn’t happy or content to be himself and claim to be only himself when meeting a young woman. Unfortunately the man is unwell and he slipped into gobbledygook. 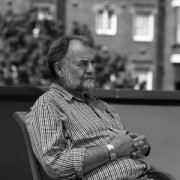 Andrew and Myuran
When I was sixteen and just beginning my school certificate, Australia hung Ronald Ryan. Australia’s longest serving Premier, Henry Bolte of Victoria was facing re-election. The case against Ryan was weak by any measure and yet Bolte refused clemency.

I was old enough to take an interest in this case. A prison guard had been shot and killed. Although Ryan carried a rifle at the time of his escape, there was never any evidence that he’d fired a shot. There was no spent cartridge found. There was strong evidence to suggest that another prison guard fired a shot, but his rifle was never examined. In due course the guard, who was alleged to have taken a shot, took his own life.

Churches, journalists and academics were all outraged that the State should take a life especially when the case against the man was so weak. The Premier was a shrewd politician who judged the mood of the public to be insecure in the context of all the changes that the 1960’s created. He knew an irrational fear created a thirst for strong leadership that would assert its authority against all who wanted to abolish the death penalty. Bolte was re-elected with an increased majority.

A sheltered childhood was eroded somewhat as I reluctantly realised that an elected official would find a man’s death useful for his personal and political ambitions.

The Indonesians have demonstrated a culture that has careful regard for the rule of law. They did prove the guilt, beyond doubt of Andrew and Myuran. Now they are enforcing the law.

The public mood for “strong leadership” in any culture should cause us concern. In an atmosphere of fear or in a history where resentment has been allowed to...[read more]
By Graham Long
23
Apr
2015
Community/News & Views 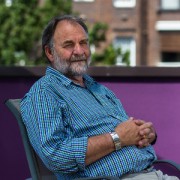 Dreadful weather didn’t stop about 40 people from attending our Slam Poetry session last night. Such rare and priceless gifts were generously offered by a range of poets. Some people with whom I’d only exchanged brief greetings suddenly revealed themselves as masters of technique in the delivery of their poems. Some stood before us, spiritually naked, sharing their deepest struggles in poetry form. I was often on the edge of my seat as someone opened their heart, not in the safety of counselling, but in the safety of an audience who listened and affirmed every offering. At Wayside I sometimes think the greatest riches in life are freely given, never more so than last night.

Do you think we might have overdone the ANZAC thing this year? I’m sure it's true that WWI did wake up a sense among us of being Australian. Before that war, we thought of ourselves as British. My Dad was an army nurse in Darwin when it
was being bombed. Dad didn’t talk about his war, not because he was traumatised but I suspect because he regarded his role as insignificant. Yet, he and I loved to discuss the battles of WWI and the strengths and weaknesses of various Generals. Dad sometimes went to ANZAC services but always in emotional turmoil. Dad hated anything that glorified war. His favourite ANZAC Day story was when in Sydney, after speeches by high ranking people in uniforms, a moment of wreath-laying took place. It was solemn. The silence was broken by an old drunk who sang at top note, “Hallelujah I’m a bum”. Police ran to shut the man up. Dad loved the outburst. He liked to think that the drunk was an old soldier who had the courage to protest against all the fine speeches that tried to convince the crowd that all the death, particularly that of Gallipoli and the Western front, was anything other than an unspeakable waste of life.

First thing in the morning a man was playing a fiddle out the front of our building. I wish there were words that could deliver the shock contained in that sentence. This man didn’t just play; he played in a way that caused everyone – staff, volunteers and visitors – to dance with delight. The power of music is not often witnessed in such raw form. There were no backing tracks and no other instruments involved, just the fiddle and the sound of the man’s foot thumping on the ground. For a while I sat next to him, mesmerised by his skill and enthralled by the transformation he brought to people who had every intention of getting on with their day until they were arrested by joy. After playing one piece I told him that I wished I could pay him to sit and work his magic all day, every day. He said, “I’d be happy if you could give me a free meal”. 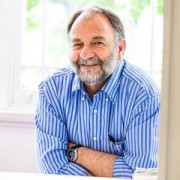 With my coffee in hand this morning I was confronted by a large man wearing a football jumper and shorts with a kindly, beautiful face, blocking my way. He took off his bracelet and said, “Can you bless this Father?”

When I was younger, requests like this caused me the greatest discomfort because it came close to the superstitious hocus-pocus that I thought it was my duty to blow away rather than create. I remember the moment when I learned that objects can take on a sense of the sacred. Years ago late one night, I sat with a couple who agonised their way through a story of unfaithfulness. The man had slept with the woman’s best friend. It was betrayal on a grand scale. The most painful moment of the night was when the husband confessed to sleeping with the wife’s friend in their own bed. I was puzzled that the betrayal seemed worse because it took place on the marital bed. The bed was an object of special, even sacred, significance. I began to understand that things and places can be made sacred by human acts. 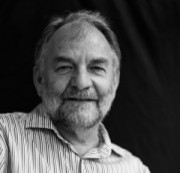 Easter by the Wayside
Dear Inner Circle,
When I was a social worker in South Australia, many of the people I worked with lived on isolated fruit blocks or dry farms. One night at about 9pm I drove to a property that was miles away from main roads or street lights. A local school teacher was concerned for a 8-year-old boy whose art work had recurring and disturbing themes. I had made contact with the parents and established that althoug
h they loved their boy, they were both alcoholics and not always attentive to the little boy’s needs. I decided to call late at night partly to see what conditions were like at that time and partly because in those days that it was uncommon to be working at that hour. As I wound my way up a long dirt driveway, I passed the main house of the property owner and kept driving to the “pickers’ quarters” (a small hut where fruit pickers would live sometimes for a season).

My headlights flashed past a sight that I knew to be unusual but I couldn’t compute the image at all. I drove on about 50 meters but had to stop in the total darkness. Something felt wrong. I reversed slowly back to the spot. I turned the car slightly and my lights on high beam revealed a little boy tied to a stake. He had a number of toys spread in a semi circle around him but he was bound hand and foot.