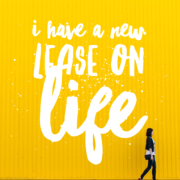 Flying is not my favourite pastime but this week at Melbourne airport, I found myself walking behind a young dad with a little boy, perhaps three years old. The little boy said, “Hey, why don’t you carry me to where we are going to meet Mummy?” This loving dad was on a mission but he clearly adored this little boy. “Hey,” he said, “Why don’t you carry Daddy to where we will meet Mummy?” The sense of fun between these two was beautiful. The plane I was waiting for turned out to be the plane that would bring Mummy to these two. While we were waiting, the dad started to lift his son up by the waist so that he was head height with his Dad but upside down and feet high in the air. This is what Dads do. The little boy was squealing with delight and every time he was put back on his feet, he’d yell, “Again!” The travelling public are not usually a fun crowd so these were the only squeals of delight to be heard in Melbourne airport on Monday. The crowd were even less amused when father and son joined hands to spin around to ‘ring-a-ring o' roses’, especially when they came to the ‘we all fall down’ part. My heart soared. I was lifted to heaven and would travel to Melbourne every day of the week to see this again. Eventually, Mummy appeared and dropped to her knees to catch the running hug from her little boy. In due course, Mum arose and gave her husband a hug like they were both in high school and on a first date. The little boy held his Mum’s case patiently waiting for this unnecessary affection to cease so he could get on with the next adventure. As they walked away from us, I could see the mother wiping tears from her eyes.

“I haven’t gambled for two weeks!” said a beaming face as I walked into the building today. I knew by the gait of the walk as well as the smile, that I was finally about to hear some positive news. Of all the addictions...[read more] 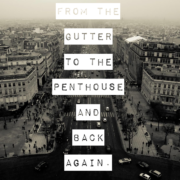 Another Day In The Office
Dear Inner Circle,
The front of our building in Kings Cross catches some warming sun in the morning. For those who are wet and cold, this is a significant gift. It’s one of the few places where tired and shabby people will not be asked to ‘move on’. Sometimes I sit with the crowd early in the day just to remind myself of the difference between ‘big’ and ‘little’. It’s rather easy to let the machinery of serving people loom larger than the people the machinery is designed to serve. As we chatted this morning, a couple of cops walked past us and into our building. One cop was wearing a tazer-gun. I said to the fellow next to me, “Those tazer-guns give me the creeps.” “No!” he snapped back at me. “To be shot by one of those things is the best way in the world to clear your sinuses.”

In a single day, I often move from the gutter to the penthouse and back again. At 11am one day this week, I sat literally in the gutter with a fellow who is not long out of prison who had already broken every promise he’d made to himself while incarcerated. At noon, I was in the board room of DibbsBarker, addressing a most august gathering of executives and being served lunch to a standard that would do any three-hat restaurant proud. Just before I spoke, a senior lawyer sitting next to me asked, “Do you spend your time running welfare programs or trying to save souls?” There are times when my cackle becomes a laugh that is really too big for a board room. I said, “If ‘saving souls’ is to be concerned with ‘belief’ then I never worry about saving souls.” Arranging cognitive propositions to align to some orthodoxy seems like a ludicrous activity to me. Salvation comes through the feet not through the head. It matters where you go and it matters how you love others and make the world a better place. I observed that the greatest gifts to the world are often made by those who believe the wrong things, while often those who destroy the world are...[read more]
By Graham Long
16
Mar
2017
Community 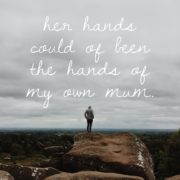 A Good Start To The Day

It’s not easy to sit with someone you respect and tell them that you are without answers. It's particularly hard, for high achieving people who in their professional lives, are fixers. An attractive, intelligent woman’s face began to contort as she spoke to me about her son. In due course, big heavy tears dropped down her face and yet her speech remained controlled. Absorbed by this beautiful face, I could see the unbearable pain of every parent I’ve ever heard whose heart aches for their son or daughter. They’ve been to every kind of professional there is, and yet, her boy harms himself in a way that reveals deep, unfathomable pain. His mother would gladly cut her own arms off if it relieved the pain of her son. They have fought a battle for some years and the family all suffer traumatic stress daily, hoping for a miracle and dreading that one day, it may become post-traumatic stress they suffer. Once again I was gloriously useless and a tower of weakness that just allowed this pain to be, perhaps, between us.

“Hey Big Fella” came a voice from across the road as I was walking through the main drag of Kings Cross. I have a bad habit of calling men of all shapes, sizes and ages, “Big Fella”. I have no idea where I picked up this habit and often wished I could lose it. My problem is that I’m relatively good at identifying faces and just dreadful at recalling names. I often resort to coughing at the right moment or using terms like “Big Fella” to hide my mental deficiency. “Come in and meet my friends,” said the voice. I was ushered into one of our less salubrious pubs. My mate was so proud to have me in his favourite drinking hole that he took me around the whole pub and introduced me to every drinker. It got a bit comical when we got to the poker machines as not one of those players was the least bit interested in pulling their eyes away from their...[read more] 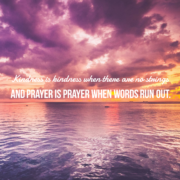 Permission To Be Human

“Grandad! Hey Grandad!” A voice was calling me from across the road when I walked into the building this morning. I get called lots of things but rarely, “Grandad”. I abandoned my journey into the building and walked across the road. A rather young woman stared at me as if I should know her. “Look at my face,” she said. An awkward moment followed as I wondered whether to look surprised to see this face finally recognised or whether to be honest about my complete lack of recognition. “See,” she said, “I’ve had a shower and put on some make-up.” “Ah,” I said, deciding to fake it, “You’re looking good.” She went on to explain that she’s only been a couple of days out of a long rehabilitation program and she was full of optimism of a path ahead, free of drugs. I could easily share the joy of this achievement without faking it and I stressed how helpful I thought it would be if the young woman could speak with our Pathways Officer Mandy, who is the world’s best at helping people move from thinking about better paths to actually walking on better paths.

Our growing team of supporters never cease to amaze me. This week we brought on another ambassador to Wayside’s ranks, the fabulous Elizabeth Wymarra. Elizabeth has been a passionate supporter of The Wayside Chapel for many years, and grew up just down the road from us in Woolloomooloo. She has a diverse background as a writer, director, producer and actor across film and TV (including writing and acting for ABC’s AACTA award winning show, Black Comedy) and for many years has also been a youth worker in the community services sector. She is passionate about Aboriginal issues, human rights, and creating community. We’re thrilled to have her joining our other Wayside Ambassadors, David Wenham, Claudia Karvan, Indira Naidoo, Kylie Kwong and Jason Grant – each one of these people are... 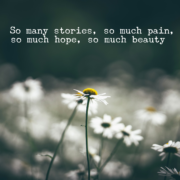 David Wenham called in the other day. What an honour to have such a friend. David has been an ambassador for Wayside for a long time. Watching this humble man has taught me that the life of a “star” is 99% hard work. Actors practice their craft to the best of their ability but are always at the mercy of so many other professionals as well as the whim of public taste. There are few who can pay the price and even fewer who succeed. David’s success is a testament to a good man with a giant work ethic and to an extraordinary wife and family. If you’re interested, look up his episode of “Who Do You Think You Are” and you will see that David’s goodness was seeded and nurtured from the deep pool of virtue that was his father. On the very same day I had an email exchange with Claudia Karvan, another humble, grounded human being and another Wayside ambassador. How blessed are we? To top off an extraordinary day, I had a visit from Toni Lamond. Golly gosh, if you don’t know who Toni is, you should google her. Toni was on TV most nights when I was in school. She is Australian entertainment royalty. Toni was born into the world of entertainment and her whole life she’s walked an interesting and often difficult path, always making sure that someone’s show went on, no matter the cost to her personally. Talking with Toni for just minutes is a rare honour. In her late age and with plenty of health issues, she’s still working!

On Monday, we bade farewell to one of our all-time characters. Our dear friend had been a feature of Kings Cross for longer than anyone could remember. It seems he’s been around here since the 1960s. We know he had a mother from a few obscure stories but in all these years he’s been a ‘loner’. Wayside has been his family. The dear man through all these years preferred to live on the streets. He had certain routines that made him predictable, although none of his routines involved showering. We tried for...[read more]
By Graham Long
Words from the streets of Kings Cross