Engaged in discussion with a young fellow this week, the world shattered. We’d met a few times and he’d shared at depth his history of abuse at the hands of his father. Until now, his discussions only referenced his mother as a glowing, almost saintly hero. This week, while describing the circumstances of his background, he told a couple of stories that stunned me, but registered no emotion in the telling. His mother had clearly abused him in ways so unthinkable that I dare not tell of them here. All I said in response was, “Gosh! I thought your father was the monster!” and his whole world shattered. Tears and wailing were all he could manage. It seems that in order to distance himself from his father, he’d constructed a saint-like mother. As soon as he saw his mother as an abuser, or less than heroic, he could not bear to look anymore. I felt like I’d made him an orphan with just one short statement. At that point, I believe I saw a chick breaking out of an egg. It was awkward, it was painful, it was bursting out of relative comfort into a fearful yet promising, unknown.

As a much older man spoke to me this week, we marvelled together at the lengths to which he has spent his life seeking the approval of his family. The approval never seemed to be delivered, even though it was often promised. This man is no “spring chicken” and yet he has spent most of his money and ordered much of his life in an effort to achieve his longed-for approval. He was with me this week because he’d just copped some dreadful verbal abuse from his parents and some close relatives, even though he’d just emptied his bank account for them. He felt like a donkey chasing a carrot on a stick, that moved further away with every step he took. When he stopped walking in moment of exhaustion, the family seemed to bring the carrot closer. The words they used on him were vicious this week. They suggested that they’d be better off if their son was dead –...[read more]
By Graham Long
29
Mar
2018
Community
A Special Announcement: Our Future is in Good Hands
Dear Inner Circle,

A young bloke from Melbourne arrived at my office fifteen years ago, asking if I could show him around the toughest places in Sydney. He made it clear that he wanted to settle in the place where he found the most need. His plan was to bring his wife and two little kids to Sydney and simply improve the lives of people by building community. He was determined to live on the same amount of money as someone who relied upon the dole to exist. On the one hand, I was inspired by this fellow and on the other, I wondered if he wasn’t a bit crazy. He was a qualified social worker and his wife had a PhD in pharmacology. They could have made lots of life choices that would be fulfilling and more comfortable.

In a previous life, I’d spent most of my time in Mount Druitt, Penrith, Blacktown and parts of Campbelltown. I showed him streets where most windows were broken, every fence was tagged and where domestic violence was often heard from the footpath. I showed him the worst and I think my motive was to talk him out of his silly project. The next time I saw him he was back with his wife and I conducted a similar tour for them both. I repeatedly tried to make the point that to choose to live in any of these streets would demand a high cost, especially on their young kids. My warnings seemed to encourage them which left me feeling wise, much older and not nearly as brave. 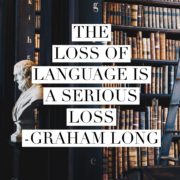 The Power of the Word
Dear Inner Circle,

A couple in their late seventies, who had been together for fifty years, presented here about a month ago to sign up to get married. They were both quietly spoken and it was difficult to discover why they had decided to make their marriage a legal arrangement at this late stage of their lives. They didn’t need to offer an explanation to us for their action and we were happy to do all we could to make this a beautiful wedding. They arrived yesterday and our Op Shop found something lovely for the bride to wear. Some of our marketing people nipped out to the local florist and returned with a beautiful bouquet of flowers for the bride. Pastor Jon conducted this wedding on our rooftop garden. The bride walked down the aisle with a beautiful volunteer on one arm and a beautiful member of our Aboriginal community on the other. Jon invited the couple to exchange rings and the groom said, “I bought her a ring a few years ago and she lost it. I’m not buying another one!” It doesn’t sound like a romantic moment, but I suspect it will live on as a precious memory for both of them. It was easy for the couple, the witnesses and Jon to fit in our lift and as it opened on the ground floor, our staff and volunteers welcomed the couple like they were rock stars. A lovely Wayside moment.

When you watch a life implode, there is an unmistakable loss of language that bears witness to loss of identity and character. All of us who are “by the Wayside”, live in an atmosphere of limited vocabulary. I’ve heard the “F” word used to construct whole sentences; most nouns here are “F…’n” things. I’ve heard it as a proper noun. It’s often a preposition, many things are “up” around here, qualified as, “F…’d up”. I’ve heard it used even as an adverb. My concern is not merely with...
[read more]
By Graham Long
08
Mar
2018
Social Isolation & Loneliness 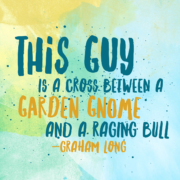 The greatest lesson I’ve learned over these years is that love is everywhere to be found and everywhere in need of me. Just now there seems to be so many people suffering from major mental health issues. There are always people around Wayside talking to themselves or having arguments with people who are not present, but just lately I’ve noticed that the numbers have increased and the needs are overwhelming. This morning as I approached the building, I saw a vaguely familiar face that clearly recognised me and made a direct beeline for me. As we approached each other I recognised someone that I’d not seen for a while. A couple of years ago, the young bloke had a full set of teeth and today, not a single tooth in his head remained. It was a happy reunion with a broad, gummy smile. “Hey Rev, I’ve figured out all this stuff about Jesus. I know why he was popular and why they killed him.” We were off to a good start. “I’ve calculated it all mathematically, but I’m going to have to do it all again because I’d forgotten that 1982 was a leap year.” “Oh” I said as if I could see the relevance. In just a few minutes he descended into total incoherence. He excused himself because he had to find a quiet place to do some more calculations. I loved that we had a connection of sorts, even though our words carried no meaning to me at all.

The sight of one other fellow who appeared this week, caused me to catch my breath. We’d not seen him for perhaps seven or eight years. To look at, this guy is a cross between a garden gnome and a raging bull and you can never be sure which form you’re about to encounter. When we last saw him, he was a danger to himself and everyone around him. I’d mostly encountered him while he was in a florid psychosis and his ravings, ignored by all around him were, if you listened, the most heart-breaking collection of tormented statements that could ever be heard. I came to the conclusion that years...[read more]
By Graham Long
01
Mar
2018
Community 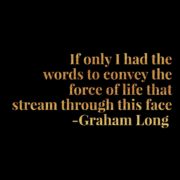 Surprised By Joy
Dear Inner Circle,
Sitting in my office late one night this week, a conversation with a young woman captured me and filled me with awe. For a short time, this woman became every story I’ve ever known about those whose life has turned from destruction, to life. Just a few years ago this woman’s life was literally one that was set on suicide. Her body bears the marks of her history and yet her face, her face… If only I had words to convey the force of life and energy that stream through this face, reaching deep into your heart and lifting you in a breath of inspiration. We’ve known each other for a couple of years. Our first meeting occurred in hell. She’d lost the will to live. Every meeting since has been a surprise and watching her embrace new challenges and increase the size of her goals and achievements, a source of joy. For some reason that I can no longer recall, I’ve given her the nickname of, “Tonic”. I’m such an old philosopher that I used the word as Aristotle did, as a musical term, suggesting, ‘one who brings harmony’. Naturally, the young woman herself, like everyone else, probably understands the term as a medical word. This week for the first time, I explained my understanding of the word. She told me that she loved the nickname I’d given her because her father always called her, “Poison”.

Another night this week, I also spoke to a young fellow who is also a story of turning to live, in spite of a long struggle with mental health issues. This fellow is making a fabulous attempt at learning English in a relatively short time. We don’t have much trouble understanding each other, but as it was quite late I offered to, “run him home.” A look of bewilderment came across him and he looked at my shoes. He was stumped at the suggestion that he and I would “run” from my office, all the way...
[read more]
By Graham Long
Words from the streets of Kings Cross