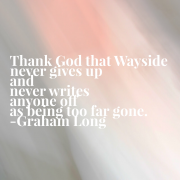 An appointment in Pitt St this week took a little longer than I expected, making me late for another meeting back at Wayside. As soon as I was out of the lift and headed for the nearest cab, I started to text the crew at Wayside to tell them I was on my way. I’d only taken a couple of steps on the footpath when I kicked what must have been a stick. I didn’t fall, but having lost my balance, I turned to see that I’d tripped on a white cane, held by a man wearing dark glasses! Thankfully the man didn’t stumble but he had stopped in his tracks. I don’t know if he was annoyed or frightened. My embarrassment level multiplied by a large factor and I offered my most profound apology.

Engaging in formal study is a daunting task for someone who can’t read or write. I spent some time yesterday with a fellow who grew up as a kid on the streets of Kings Cross. He was literally born on a park bench to an alcoholic mother. He lived a life that appeared to be destined for incarceration and early death. Yet I was looking into the face of a man fully alive. He’s been entirely free of alcohol for a while and he’s a fit, healthy looking man today. He’s been embarrassed by his complete lack of education and learned ways to dodge and dash to divert being noticed for his weakness. Yesterday we sat in my office and raised our glasses of water in a toast to his successful completion of a Certificate 3 at TAFE. What might look like a small step is a massive victory. There will be a graduation ceremony next year and I think the TAFE are inviting me to be a guest speaker on the occasion. What an achievement, what an honour! Thank God that Wayside never gives up and never writes anyone off as being too far gone. 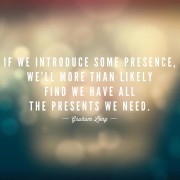 “Dad, I’ve just chosen a nursing home for you!” My daughter must have thought this would be welcome news! She said, “It’s really close to where I live and if I get any calls in the middle of the night to say, ‘Your father has gone walkabout’, I won’t have far to look.” How good is it to have a daughter that is looking out for my best interests…a long way in advance.

A dad with a broken heart wanted to tell me what a beautiful son he had and so we gazed into some photos. He only had a dozen photos and some of those were school photos. Recognising anyone’s kid from a school photo is a tough assignment. There were a
couple of photos of a strong, healthy-looking boy in carefree days. People of good will often avoid talking to a grieving parent about their deceased child and that might be the right tactic for some but this man wanted to talk about his son. He wanted to hear his son’s name in the air.

This morning a young wife could barely speak as she told me that her husband had sunk into such despair that suicide was looking like a real option. She was talking about a man who has everything going for him and yet cannot make headway on a project of importance to him. These two have a net worth way beyond mine (perhaps not a good measure of wealth) and they have everything they need. They love each other and they have three adorable daughters. It’s a relatively easy matter to slip into a deep depression even when you have everything in the world. While I don’t know the man so well, it seems he’s formed a habit of spending every waking moment focusing on what he doesn’t have rather than what he does have. 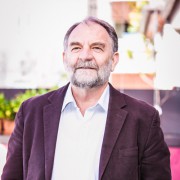 Let's do this
Some kids come to life as soon as you go outdoors. We took our eight-year-old and 10-year-old granddaughters to the beach recently. The first request to get to the beach came at 5am but we insisted they have breakfast and eventually at 8am we were on the sand. The kids ran almost involuntarily, leaving two old grandparents out of ear shot and doing their best to say, “slow down” and “be careful” and all manner of things that grandparents seem compelled to say. Finally all four of us stood between the flags in our bathers. Eye contact with the 8-year-old was impossible. She was in a state of awe as she looked to the vast ocean and the crashing waves. “Let’s do this!” she said as she pulled me into the water.

Being human is not a matter of outcomes. There is a place for goals to be set and outcomes to be measured but it rarely causes anyone to say, “wow”. Being human is not about knowing how much water is in the ocean or what the temperature it might be. We have so much to learn from children.

A kid not only sees the awesome but they know somehow the awesome is waiting to be done: It not about simply appreciating the mighty but rather knowing that the mighty is in need of us. Our puny strength is no barrier to the calling of life to be lived.

The mighty mission of The Wayside Chapel is creating community with no, ‘us and them’. It’s important that we see it, hear it, smell it and know that it needs to be done. It’s about love overcoming the forces of separation. “Let’s do this!”

This post originally featured in The Wayside Chapel's On the Verge newsletter, read more stories from On the Verge
By Graham Long
11
Jun
2015
Community/News & Views 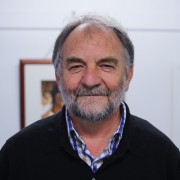 Golly gosh what a few days it’s been! I had a letter that informed me that I would be named in the Queen’s birthday honours list and that from Monday, I would be entitled to put the letters “AM” after my name. My daughter informs me that I am now officially a morning person. My theory is that the letters stand for “Amazing Mates”. Creating community with no “us and them” is my destiny toward which I move with my whole being. Anything that I’ve ever achieved has been a result of an effort by Amazing Mates. It could be quite misleading to pin a medal on my chest as if there was some kind of singular achievement.

I couldn’t accept an award that asserted individual achievement. If however this award is akin to the athlete that holds the flag in front of a team of athletes as they march into an Olympic venue, then I’m proud to be a leader of Amazing Mates and hold a flag of achievement and pride on behalf of such Amazing Mates. 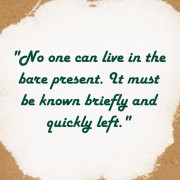 There's a time and a place
Dear Inner Circle,

Let me tell you the loveliest thing. A new rose has been developed and it has been named the Marie Bashir rose! What a fitting way to pay tribute to one of the most loved people in this country. A Marie Bashir rose is to be planted in Government House and I’m honoured to tell you that I’ll be there when this takes place. Typical of the beautiful lady that is being honoured, every rose purchased will see a small royalty sent to The Wayside Chapel. How lovely is this? How lovely is the incomparable Dame Marie Bashir?

Minutes ago I met a young girl and she sent me packing. We’ve spoken only a couple of times over the past year and each time seemed like I captured an important moment. Today I saw a 60-year-old face on a 20-year-old body. She looked into my face and I saw her face harden. She yelled, “No! Go away!” I get it. We’ve shared a couple of moments of being present to one another and they were powerful encounters. Right now, it’s not what she wants. Indeed I can see that she’s doing her best to manage her rather out of control life and she needs to be free to manage. I understand that no one can live in the bare present. It must be known briefly and quickly left. I think i
t’s how life is and should be. It is impossible to organise life in the present. I’m certain we can live in the bare past where life is experienced and things are used but this is not human life.