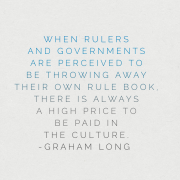 A huddle of three men in our café invited me to join their table while they solved all the world’s problems in thirty minutes. Each of these fellows were either sleeping rough or in a less than ideal boarding house. Each had more than their fair share of issues coming from difficult histories. I stepped into a discussion about the American presidential race. We were four old wise men who really knew that our opinion counted for nothing but who never-the-less were genuinely concerned. Two of the three were surprisingly well informed. All three thought that Donald Trump was a buffoon and yet all three were convinced that he will be elected to the high office. One fellow could articulate a sense of “ordinary people don’t trust government any more”. I think it is the heart of the issue.

In 1247 an English noble established a priory (a place of prayer) and called it Saint Mary’s of Bethlehem. The idea was that someone would be praying for the nobleman while he was off fighting battles. Over a couple of hundred years, the priory became a place that cared for the mentally ill. In all of London there were never more than about 20 people who were mentally ill to the extent of needing residential care. When Henry VIII declared himself to be the head of the church and abolished all the monasteries around England, a deep cultural shake took place. It was said in those days that a peasant could walk a day in any direction and find a monastery that would give them shelter and minister to them some soup (hence ‘minestrone soup’). Within just a few years, all the monasteries were gone, sold to the English rich and making Henry the wealthiest monarch in Europe. Saint Mary’s of Bethlehem started to burst at the seams as hundreds of people could no longer cope in a world where the foundations had eroded. Saint Mary’s of Bethlehem became, “Bethlehem”, which became “Bethlem”, which finally became “Bedlam”, which is where this word entered into the English language. When rulers and governments are perceived to be throwing away their own rule book, there is always a high price to be paid in the culture. Citizens of the US have seen their government throw away their own rule book in so many ways and we’re witnessing the beginnings of the high price manifested in a culture that has lost faith in its leaders and system of government. The USA has a mighty problem no matter who they elect in November. Australia ought to rethink its treatment of asylum seekers on this ground before we too start looking for a buffoon who promises the impossible and lest we usher in our own version of bedlam.