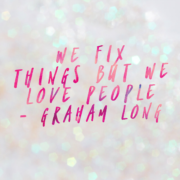 Walking down Hughes Street this morning, I met a woman whose face was swollen around one eye and cheek bone. It was a familiar face, even though we have probably only ever spoken perhaps once in the past twelve months. I remember her because she speaks with extraordinary warmth. While I have no idea of her background, my hunch is that she was raised by grandparents because she dresses like a woman double her age and her vocabulary is full of the kind of euphemisms that I associate with a kindly old aunt. “Oh gosh!” I said, “What happened to you?” She took one of my hands as if I needed comforting and said, “I was sleeping under the railway bridge last night and a complete stranger jumped on me and insisted I give something that I didn’t want to give him.” Her rough but warm hand really was extraordinarily comforting as I tried to express my sadness of the horror she’d lived through last night. “Don’t worry Rev,” she said with the best smile she could give through a sore face, “I fought like a tiger!”

What a fabulous time of year to be in love with Sydney. In these perfect autumn days, it’s an ideal time to walk around the city and notice how clean it is. It’s a good time to notice that although there is often helicopter noise overhead, they are not shooting at us. Our evenings a little cooler, the real bitter winter hasn’t yet set in, and the conditions are perfect for walking around the city to see how the Vivid Festival lights up our city with astonishing, moving colour. Last night I stood mesmerised in front of the famous Coca-Cola sign in the Cross. What is normally just a landmark or advertising is animated in ways you would think impossible for such a sign. And on the billboard beside it is a moving show of what must be hundreds of faces, that move to briefly form one face and then disperse to form a sea of faces again. The Coke sign declares to the world throughout Vivid that Kings Cross is a human place. I was transfixed because so many faces on that sign are Wayside faces. It felt a bit like my mind was being projected onto that massive screen as it reminded me of the colour and the character of this place. Come and see it for yourself! There are plenty of special events in this festival time. I’m booked in next week to see Hidden Sydney, which I’m pretty sure will be my Vivid highlight. Several friends have seen this show and assured me that I’ll love it. Actors take a group through an interactive history of Sydney. If you live in this city, I urge you not to let the next couple of weeks pass in a routine way. There are special and inexpensive things as part of Vivid that are so worth the interruption to “life as usual”.

Real connections need distance. Sometimes visitors and volunteers to Wayside try hard to be immediately helpful only to find their kindness leads to exploitation. Some acts of kindness finish with a sense of being ripped off. It’s a tough lesson to learn that relationships are usually built over time. Instant intimacy is probably not intimacy. We call a relationship “enmeshed” when one of the people has disappeared. If each person cannot see the other; if a person becomes primarily a necessity to satisfy some need, then the person has become a thing. The person has disappeared. In this way, stability is not always an indicator of health. A fellow once told me his history of utter persecution in a religious home for orphans. He was enmeshed in the language of religion and I recommended that he cease attending our church service for a year. Only distance will help him in due course see what is right in front of his face. A woman once told me that the man she loved was so violent in the bedroom that on occasions she was hospitalised. She had ceased to be a person and instead became a thing. A volunteer told me recently that they’d struck a friendship with someone who just kept pushing them for money, for transport and eventually to move into their home. Sometimes real connection is only possible after a push away. Connection is always between two people. Love is always between two people. If a person is too far away we can’t see them and if a person is too close, we can’t see them. We fix things but we love people.

Thanks for being part of our inner circle,

Graham
By Graham Long
Words from the streets of Kings Cross