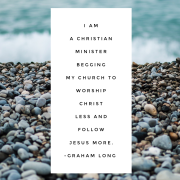 Time for some straight talking. Some religions have demonstrated a propensity for violence. All religions long for peace but some have a history, so consistently violent, that it’s hard to deny an inboard inclination to torture and slaughter. In most cases, the fiercest violence was inflicted not upon other religions but upon sects and groups of people from within their own religion. I speak of course, of Christianity.

For three hundred years, Christianity had no power to persecute anyone. They were an irritant around the Roman Empire and were themselves the object of persecution. Everything changed when the Emperor Constantine converted to Christianity, believing this God had delivered for him victory in a battle at Milvian Bridge. Suddenly it was cool to be Christian if you wanted to do business in the Roman Empire. In due course it was not just cool, but compulsory. From this moment on, the Church showed great interest in correcting those with flawed understanding. Enthusiasm for the correcting process may have been fuelled by the constant confiscation of the land and goods of the “corrected”.