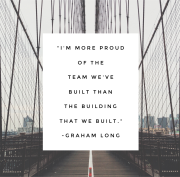 Someone tapped me on the shoulder and pointed out a bloke in the café who was keen to talk to me. My hearing is not good and when there is a lot of background noise, my hearing is dreadful. Just to make things most complex, the man who wanted to talk to me had a speech impediment. We had a whole conversation where my contribution was almost entirely based on non-verbal indicators. He wouldn’t have been 40 years old but I looked into a face that had lived about 80 hard years. It was a rather beautiful face and he smiled a lot, revealing yellow teeth, stained from years of smoking and less than ideal oral hygiene. Using all my capacity to read grunts and husky noises that looked like language, it seems the man is Brisbane based. He had spent most of his life on the streets of Sydney and had returned this week because two of his old mates from the street had died in the one week. His move to Brisbane had enabled him to stop drinking altogether. An amazing feat. The man was clearly sober although I think he formed his words like he was drunk. Perhaps years without any sober moments had actually given him his speech defect. The whole time we were talking, he formed a pile of tobacco out of a pouch and carefully pulled it apart, I think to eliminate lumps. The process happened over and over again and not one single strand of tobacco was lost while we were talking. Many years ago when I was a chaplain at Parramatta Prison, I smoked a pipe with plumb flavoured tobacco. I thought at the time that it smelled rather nice. I can’t remember anything smelling as vile as this tobacco yesterday. At the end of our conversation, I was ready for a shower. After about 20 minutes, I hugged the man and said, “Well, your two mates are dead and you’re alive and sober. Whatever you’re doing, I think you should keep doing it.” As I walked away, the smile on the man’s face was worth a million dollars. I’m so glad to have met him even though most of my listening was pure guess work.

A member of our marketing team is on maternity leave at the moment. I loved watching this pregnancy develop. Sometimes I would put my hand on Mum’s tummy and talk to the baby. I used to say, “Wait till you come out here. We’ve got trees and sky. We’ve got puppy dogs out here and ice cream.” Yesterday I nursed this precious 9 month-old. So many of our team were gooing and gahing all at once. It must have been overwhelming even though she is a chilled out baby. I said to her yesterday, “I forgot to tell you that it’s noisy out here.”